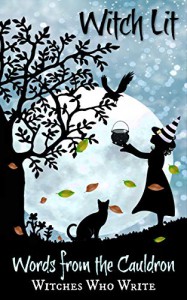 I enjoyed this collection very much. It's a compilation of fantasy short stories and poems about magical settings or characters written by writers involved in Wicca or Paganism in some form. I won't comment on the poems because I've never been a fan of poetry, but the stories were well worth the nominal price I paid and all proceeds go to a literary charity, Books for Africa, so I bought it on pre-order, only recognising a couple of the authors, knowing my money was well spent whether the stories held up or not.

I would say only three stories were really professional quality, but there were no duds. All of the stories were reasonably well-written and the editing was pristine. There was just a certain self-indulgence in the plotting of some of them that is common with Pagan writers turning to fiction, though thankfully not universal.

Overall the really good stories made it worth far more than I paid, so I can't complain. At least I've discovered at least one new good author and the first story, by one of the names I recognised (Nils Visser), has piqued my interest in a series connected to his story. A good result as indie anthologies go.