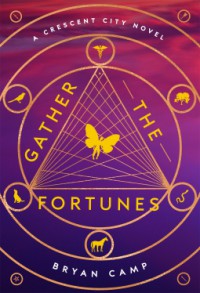 Renai is a psychopomp, someone who leads the souls of the dead to the afterlife. But when a boy, Ramses St. Cyr, seeks to escape his fate, Renai gets caught up in a plot among the deities unfolding in New Orleans.

I always enjoy supernatural stories set in new Orleans, though I've only been there once. I also enjoy Underworld stories, so this was an obvious choice for me. I've only just learned that it's actually second in a series, but I don't think that's why I found it a little hard to engage with it.

The writing was good and the descriptions well done, but I just didn't connect with the characters and some of the supernatural happenings and use of mythology just felt a bit off. The pacing was also a little awkward. Still, the premise was interesting. I would read this author again and might well look into the first book of the series as people appear to prefer it.