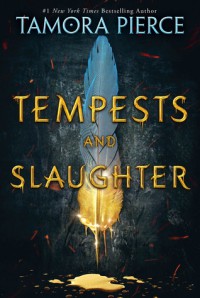 Arran Draper is a 10-year-old in wizarding school who has been moved ahead two years and has no friends among the older boys. He finds his lessons too easy and struggles to stay out of trouble. An incident of power out of control gets him some attention and he is transferred to a class schedule more suited to his precocious abilities.

This is undoubtedly targeted at the same audience as Harry Potter, but it's not as dark. I also found it moved a little slowly and started speed reading. There's a lot of imagination in the details of the story and I would not call it a Harry Potter clone. The only similarities are a wizarding school, a group of two boys and a girl (who is of course the level headed one) and magic to move around invisibly. That's it, no dark wizard from history threatening the protagonist with special powers in this one.

Actually the one thing lacking in the story was a defined nemesis. One sequence of events follows another and we follow along Arran's experiences and education, but there is no single driving force to tie the story together, though he does make a few enemies along the way. There is much about gladiators, slavery, and healing magic. The world building is good and has a lot of detail, plus the magic is handled well with natural limitations.

I also thought the characters were written well and the story finished in a way that could work for either a stand alone novel or allow for the characters to continue with new adventures. I do like that in a book. Unfortunately it didn't absorb me in the way I had hoped from a well-known popular author. I did enjoy it, but I don't feel compelled to read further in a series if it becomes one.